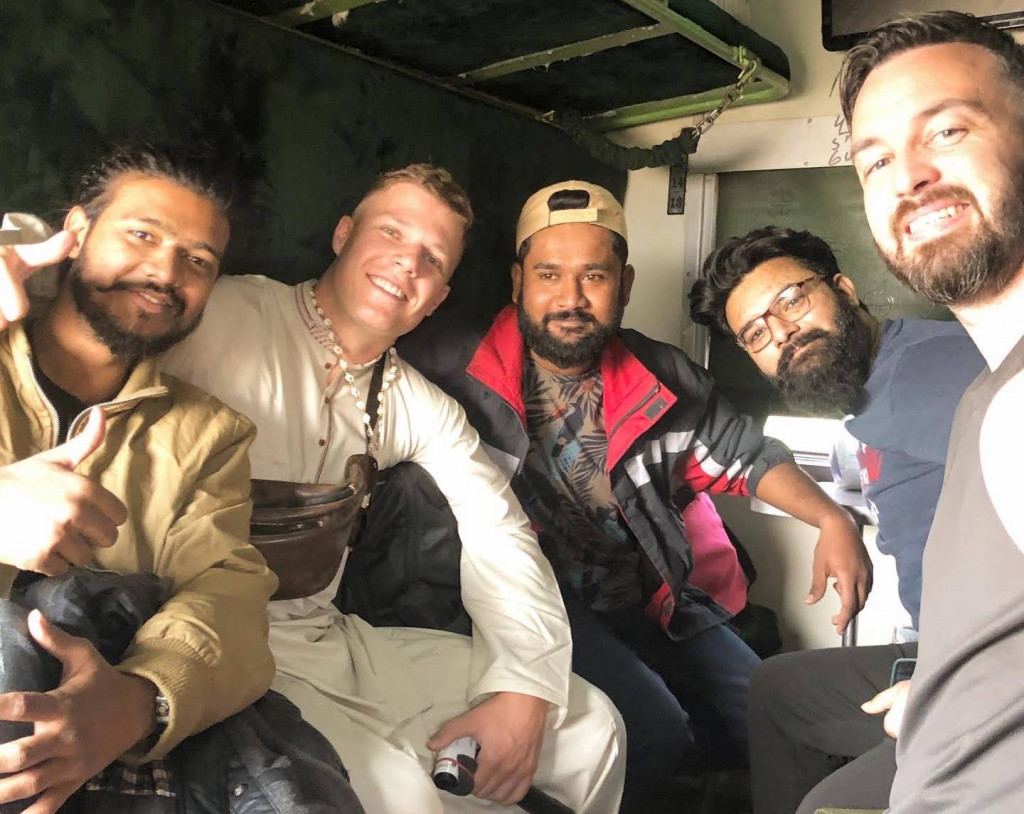 I was in Bosnia Herzegovina with Tanya when Kurt suggested that we visit Pakistan together, as he was in Dubai with Marianny, sorting out some personal stuff over there. Me and Tanya had some stuff booked already; the plan was for us to get out of Bosnia, which is difficult to do as there aren't many flights to places we wanted to visit. We ended up booking a flight to Paris and spent 2 nights there before flying to Cyprus, a place I'd already been, but Tanya hadn't. From Cyprus we went to Jordan to spend a few weeks there seeing some cool stuff, before flying to Dubai via Bucharest. There were direct flights to Dubai from Amman but they were expensive, so went went to Bucharest for a couple of days to cut the flight price down by nearly 10 times.

Dubai's accommodation was super expensive due to Expo 2020 but we found something for aroun £50 per night quite near a metro station, but Kurt and Marianny were quite far out of the centre and it cost like £30 each way in a taxi! Dubai's metro system is pretty poor in my opinion, but they are working on it.

Anyway, before even coming to Dubai, we had booked flights to Karachi and back, leaving the girls together in Dubai, but we hadn't had our visas accepted yet. I explained in one of my videos about how bad the visa process was, and some people have responded about the reasons, but still, the problem wasn't with it taking time, or having the interview, it was the lack of common sense from the person reviewing our documents, as they kept asking me the same thing over and over. "Dubai residency information please." I must have told them 4 times before getting pretty aggressive that I don't live in Dubai, I am a tourist, and I chose Dubai as the interview location as that's where I'll be before flying to Karachi. We ended up just visiting the visa centre and the guy there was great and sorted the visas out for us both within a week or so.

Kurt's reason for suggesting us to visit Pakistan together was pretty simple, it would be an adventure. It's a part of the world we've never seen and don't know much about. We would obviously make content during the trip, but the main reason for going was to enjoy it.

We stayed in Karachi for most of the time, and then got the bus to Hyderabad, the filthiest place I've ever witnessed or even seen through other videos, then we got the train back to Karachi.

We both got sick, as did every other vlogger we heard visited at the same time. The hygiene there is really poor, so if you're goin to visit, expect to get sick. I had explosive diarrhoea for 4 weeks and I probably had the least severe illness out of everybody.

A couple of days after flying back to Dubai, all of us left Dubai, Kurt and Marianny to Berlin and me and Tanya to Kathmandu. The first 3 weeks out of 4 I was in Nepal, I was sick, barely able to leave the apartment in case I shat myself, meaning I only got 3 videos in my time in Nepal, but I think they're actually pretty good videos.

By: Martin Mulvey | 30th Nov 2021
A couple of weeks in Dubai during the Expo 4 weeks in Kathmandu
We use cookies on our website to improve the customer experience. Your cookie settings can be changed at any time through your browser settings. I understand