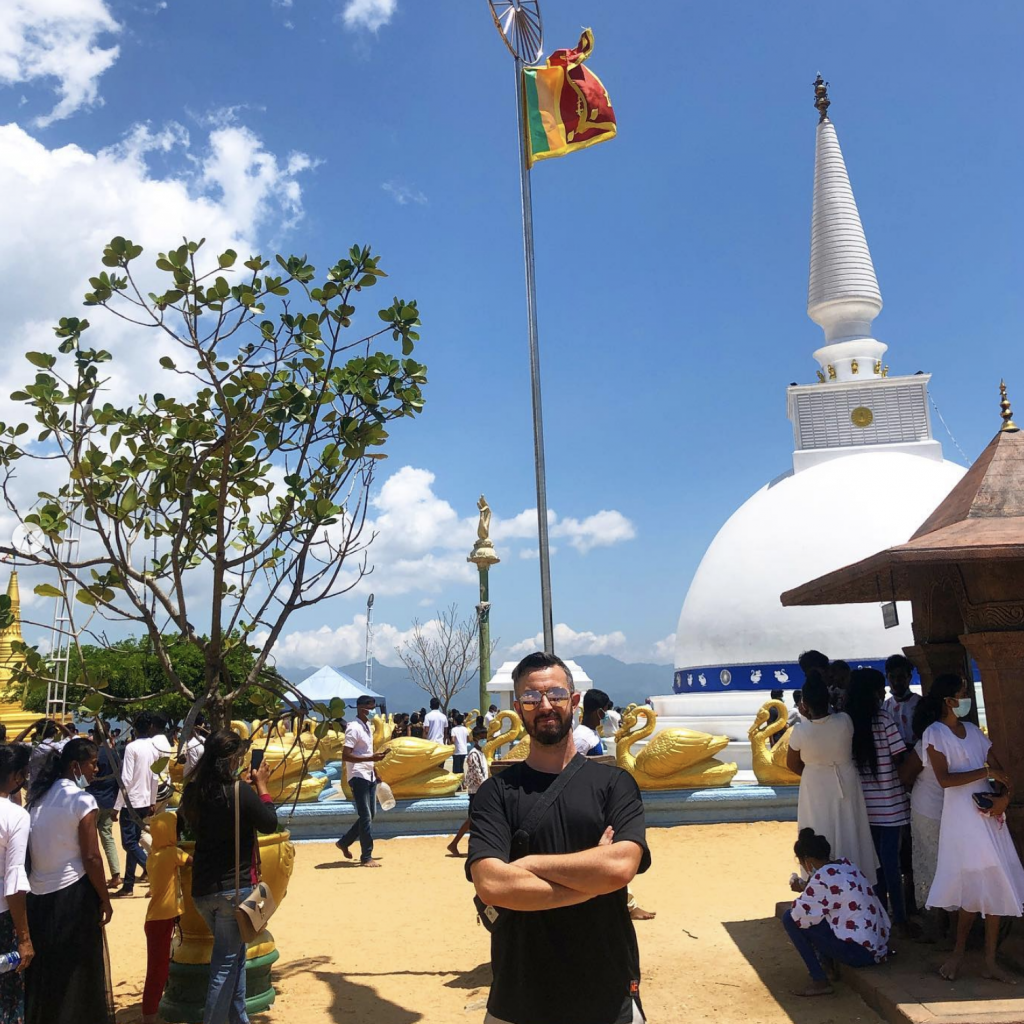 We flew from The Maldives to Sri Lanka, landing in Colombo, well, Negombo airport. We stayed in a hotel kind of near the fort, which turned out to be an awful hotel that had fake photos on Booking, but whatever, we deal with what we're given.

We got our visas pretty quickly, top service by the staff at Colombo's Indian Visa Centre.

We then jumped in a taxi to Hatton. We had planned 2 weeks in Colombo as we thought that the visa process would take a while, it took like 3 days max, so we had another week or so to spend somewhere else before going to Kandy. We had booked a hotel in Kandy for specific dates so couldn't change that or we'd lose the booking.

We stayed in a huge house in Hatton, overlooking tea fields - you could even see Adam's Peak from the balcony. The apartment was awesome, except for one thing... The internet. The speeds were quick enough, well, not really, but better than Colombo. However, the guy who owned the property messaged me the next day saying that I'd used the full week's worth of internet allowance in one night.

In 2022, who doesn't have unlimited internet, especially for a hotel/B&B?

After a bit of an argument with him, but a polite argument, he added some more data to the package, but told me he was going to charge me an obscene amount for each gigabite. I had unlimited YouTube and social media data on my sim card package, so I just used hotspot for anything other than work. Remember, we both have full time jobs so we need the internet, not just for YouTube and stuff.

At the end of the stay, he decided to waive the fee he made up (in return for not leaving a negative review). FYI, he said he gives 1-2gb per day for his guests. So basically you can't even watch Netflix in his apartment.

One of his reasons was that he was a small hotel that couldn't afford high internet prices. Let me explain to you that this was a HUGE 3 bedroom house, overlooking all of the tiny little houses beneath. Underneath our 3 bedroom house, was another 3 bedroom house, and the guy had a really nice car and automatic gates. He was certainly not poor, but that was a poor excuse.

We got the train to Kandy from here, to stay in a hotel on the main road, for £3 per night! Which included breakfast for both of us! The breakfast was far too big so I had to tell the guy to only bring certain things for the next days, because the breakfast easily cost more than we were paying per night and I felt bad. I ended up giving the guy double the payment, telling him to keep the overpayment as a tip. £6-7 per night is still far too cheap for this hotel. It was a bit dingy, but he was awesome, a proper gentle guy and guess what... Unlimited internet. Funny how this guy can afford this unlimited internet.

We then got a taxi from Kandy to Negombo to stay for the last week before flying to India. We booked what we thought was a nice hotel, but although it was expensive, it was not nice, and the owner spent every breakfast, standing next to us complaining about everything he could think of. His government, Booking .com fees, internet costs, money exchange rates, you name it. I had to politely tell him to stay standing next to us at breakfast and let us eat without complaining to us.

They then cancelled the booking .com booking as we were sat in the room, which prompted Booking to email me to ask why I was a 'no show.' I explained that I was actually in the room, which I paid for in full upon arrival, and that the guy had cancelled so he didn't have to pay the commission. I explained to the guy that he cannot expect free service from Booking .com, they send customers to him, and he pays them a commission. I would not have been there if he was not on Booking .com. The same thing happened in each Uber ride too. They tried to cancel but I wouldn't let them. These businesses exist, and you use them. If you don't like their fees, don't use them.

We had daily power cuts for the last week in Negombo which was very irritating as we struggled to do our jobs, but apparently it's far worse now.

I really doubt I'll return to Sri Lanka. I'd rank it near the bottom of all of the countries that I've visited. India gets a lot of negativity about tourists being harassed in the street by beggars, salesmen, scammers etc, but Sri Lanka was 100 times worse. People would literally run across the street to get in our way. You can see this in the avoid these men in Negombo video, which shows a very small amount of what happened in Sri Lanka. Taxi and TukTuk drivers were complete scammers if you didn't use Uber too.

By: Martin Mulvey | 10th Apr 2022
A month in The Maldives A month in India
We use cookies on our website to improve the customer experience. Your cookie settings can be changed at any time through your browser settings. I understand