A month in India 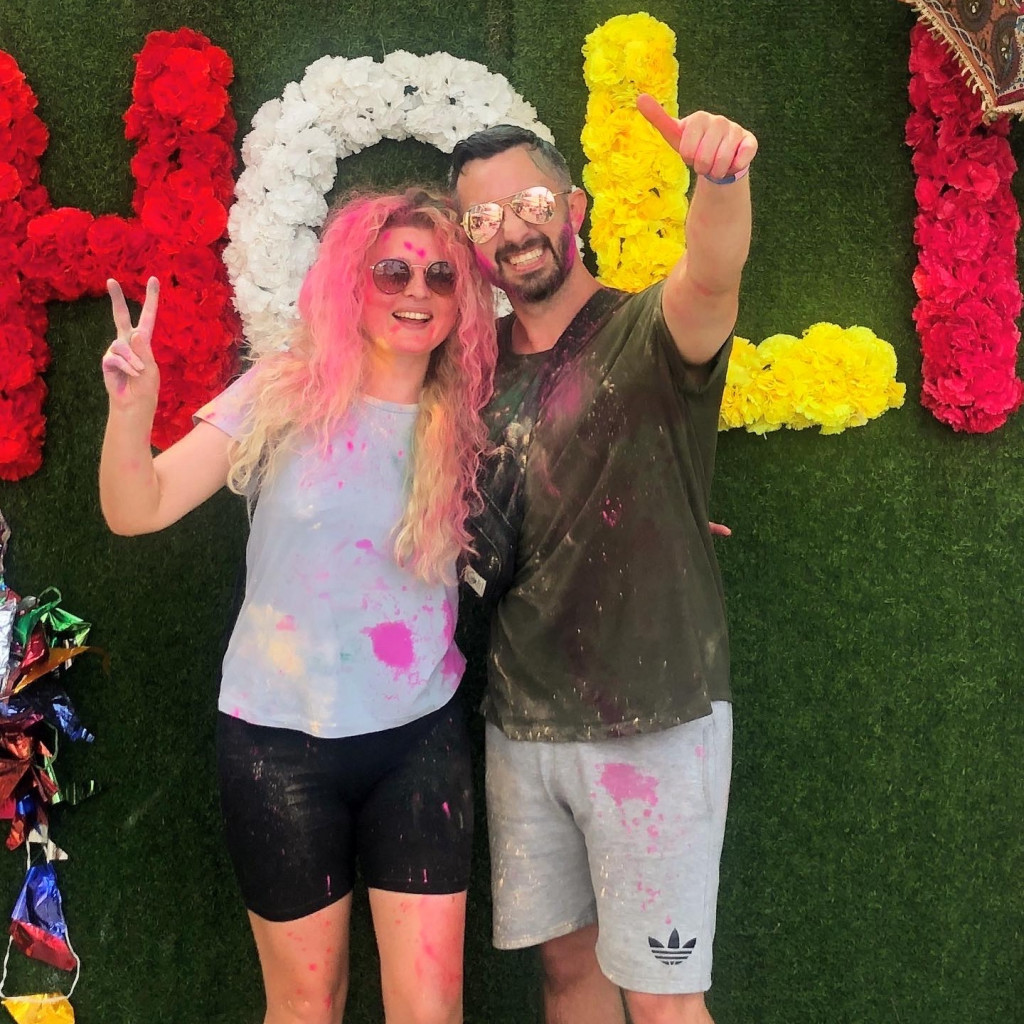 We finally got the visas for India, but they'd only give us 30 days, which turned out to be better actually as we got everything we wanted to do, done within 30 days rather than spending 3 months in India needlessly.

This is a super brief overview of what we did in 30 days - if you want to know more, check out the videos. I made 30 videos in 30 days, go watch them.

We landed in Chennai, in the south east of India. I didn't have big plans for Chennai, I just wanted to see my friend Timber, check out a theme park and maybe a beach. I did all of those things, and tried some South Indian food.

We flew from Chennai to New Delhi, not knowing that it was Holi the day after we landed, so we ended up at a 5 star Holi party in Delhi which was awesome to be part of. We did a few things in Delhi which you can see in the videos, before jumping on the train to Agra to see the Taj Mahal.

The Taj Mahal was cool, but it was pretty difficult to be a normal tourist there as hundreds and hundreds of people wanted to take photos with us, which was pretty cool, but our guide hated it.

We got the train back to Delhi, stayed one night, then got a long train to Amritsar in Punjab.

We wanted to see two things in Amritsar, which were the Wagah border with Pakistan, and the Golden Temple, which is like the holiest place for Sikhs in the world. Both were pretty cool.

We then flew to Kolkata in West Bengal, right next to Bangladesh. I did a bike ride in the morning around the wetlands of Kolkata, did some street food tours and stuff, we also went to a theme park which was pretty poor overall.

We flew from Kolkata to Goa for a bit of a chill out, where we rented a scooter to get around. This was the first time I'd ever used a scooter. We got pulled by the police on the last evening, they just wanted a bribe. Fucking scumbags. I wish I had my camera, but it was packed in my bag.

Goa was cool, but quite a bit overhyped. Goa seems to be put in the same bracket as Bali, but I can't see that it actually matches up - although I've never been to Bali and don't intend on going.

We flew from Goa to Pune, mainly to meet my friend Aadil. We had dinner with Aadil and his family on the first night, then I checked out this super hot (42 degrees) city and did some stuff like learnt some Hindi with a local etc.

We then got a taxi to Mumbai, which was the last stop on our India trip. Mumbai was insanely busy and the traffic was awful.

Overall, as we chose nice hotels generally, we were quite chilled throughout the trip. Obviously you can't drink the tap water, and I drink about 5x as much as a normal person during the day, so constantly buying bottled water is very irritating, but we managed to not get sick throughout the whole month, without being vaccinated for anything other than covid. There are loads of recommendations for vaccines before going to India but I chose to ignore them all and just keep tap water out of my body. It worked (for Tanya too.)

Indians love to take selfies with white people, it's nice and I'm happy generally to take a photo, but it does become annoying as every person who sees the selfie happening decides they want one too, so eventually you need to leave.

Two times in 30 days some smart arse referred to me as a coloniser. It seems they say this to try to act cool in front of their friends who always look puzzled as to why their friend has said this to a tourist. I took no shit and confronted them instantly and their attitude changed instantly. Don't accept it if it happens to you. It's a poor attempt at trying to insult somebody for no reason other than where they were born.

I was targeted by beggers and salesmen daily - it's extremely irritating and makes the country look bad. Beggers would literally run up to me, ignoring 20-30 people they ran past who were far more likely to give them money than I was. As far as I'm aware, nobody tried to scam me. I was given gringo prices, but I rarely agree to high prices, regardless of the country.

India has a major trash issue. Not only is it piled up everywhere, it seems that the majority of people don't see it as a problem. There's also this disgusting spitting culture, but it appears the government are trying to deal with it as I seen a lot of 'no spitting' signs.

I don't plan on returning to India - I visited 8 cities spread across the country. If the videos do well, I might return and visit some more cities in regions that I've not been to yet but there are nearly 200 countries in the world and a limited amount of time.

By: Martin Mulvey | 20th Apr 2022
4 weeks in Sri Lanka 3 weeks chilling in Phuket
We use cookies on our website to improve the customer experience. Your cookie settings can be changed at any time through your browser settings. I understand